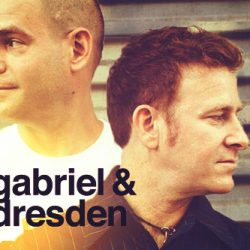 TRANCE IS DEAD? THINK AGAIN!! Trance pioneers Gabriel and Dresden are back with an exciting new album project after a decade-long hiatus. This time, they are leaving it in the hands of their fans as they launched a Kickstarter campaign on November 18th, 2016. The Kickstarter project is aimed at raising the capital needed to produce the 10 tracks and release it to the public independently. Some of the Kickstarter