November has finally come to an end and everyone has already begun to throw on their footsie pajamas, sing along to holiday music, drink egg nog, and lounge around in their festively decorated house with the Hallmark Channel constantly playing in the background. With this being said, this is not quite the image we get from the EDM lovers of the Pacific Northwest.

Music festival attendees are gathering their rave fam, purchasing tickets, figuring out what to wear, making kandi, jamming out to specific DJs all month long, and blissing over that moment when they will be kissing their rave bae under Seattle’s winter sky at the stroke midnight. On December 31st, the annual awe-inspiring event that celebrates the friends, memories, and music made in 2016 as well as the greatness that is come in 2017, comes back to the WaMu Theater. USC Events presents… Resolution!

This time around, we will be sharing the experience with plenty of widely-known artists such as Adventure Club, Yellow Claw, Tritonal, Brillz, Sound Remedy, Slushii, and Party Favor. At first glance, many can agree that this event seems to be in favor of the bassheads in the community. But don’t you fret, trance fam, because USC surely hasn’t forgotten about us! Prepare to feel the goosebumps linger on your skin and the tears trickle down your face because trance phenomenon, Above & Beyond, will spending the New Year with us! 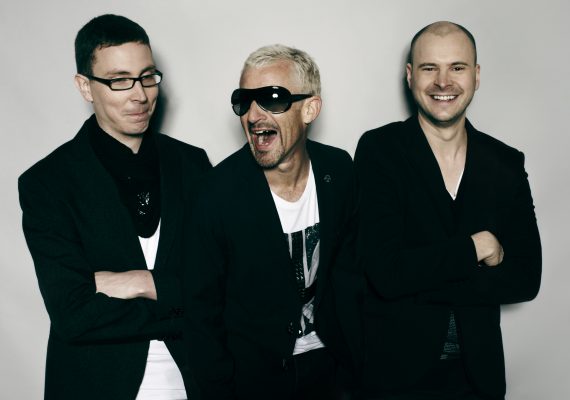 There are only a few exceptionally talented artists in the EDM scene that are able to shine through in both, the studio and at a venue, and Above & Beyond is definitely one of them. Known for their stellar production and their emotion-provoking music, Above & Beyond is going to be the act of the night that will take Seattle to the other end of the spectrum.

What can we expect from Above & Beyond at Resolution 2017? Well, considering that the iconic trance group has always been consistent with their trance roots, we should expect a fair amount of trance with a hint of progressive and house. Some newer Anjunabeats productions that will most likely be heard this year are Jason Ross’ “Valor”, “Sink The Lighthouse” feat. Alex Vargas, Oliver Smith’s “Endorphin”, and “Another Chance” pres. OceanLab. And let’s not forget some our old favorites that won’t complete an A&B set unless they are played such as “Sun & Moon”, “We’re All We Need”, “Satellite”, and “Peace of Mind.”

To those trance enthusiasts who are still debating on whether or not they want to buy a ticket for a event that is practically “bass featuring Above & Beyond”, think about it this way: we will be headbanging 2016 away and ennding the night by welcoming 2017 with Above & Beyond. If that doesn’t scream to you that 2017 will be the year of trance, we don’t know what will.

For more information and to buy tickets visit: http://resolutionseattle.com/

MARK LOREN CHARTS WITH HIS UNIQUE COMBINATION OF POP AND DANCE

‘Tis the Season for TRANCE